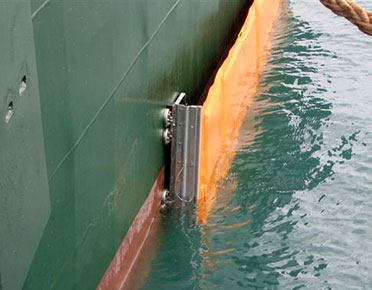 Use this magnetic boom connector to attach and seal an oil containment boom to a metal (ferrous) surface, such as a ship’s hull.

Floating booms or impervious barriers that trap oil on the water’s surface are universally called oil containment booms. They are generally manufactured from PVC or urethane material and are able to withstand the harsh conditions and elements typically found at an oil spill. Oil containment booms typically consist of the following elements: